It's like we're the hero of our own story and we build a narrative around it. My current genre would definitely be drama. There's even a soundtrack that stick in the back of my mind. Everything that happens then kind of fits into that narrative. It influences the way we think, act, interact.

The day was fine. 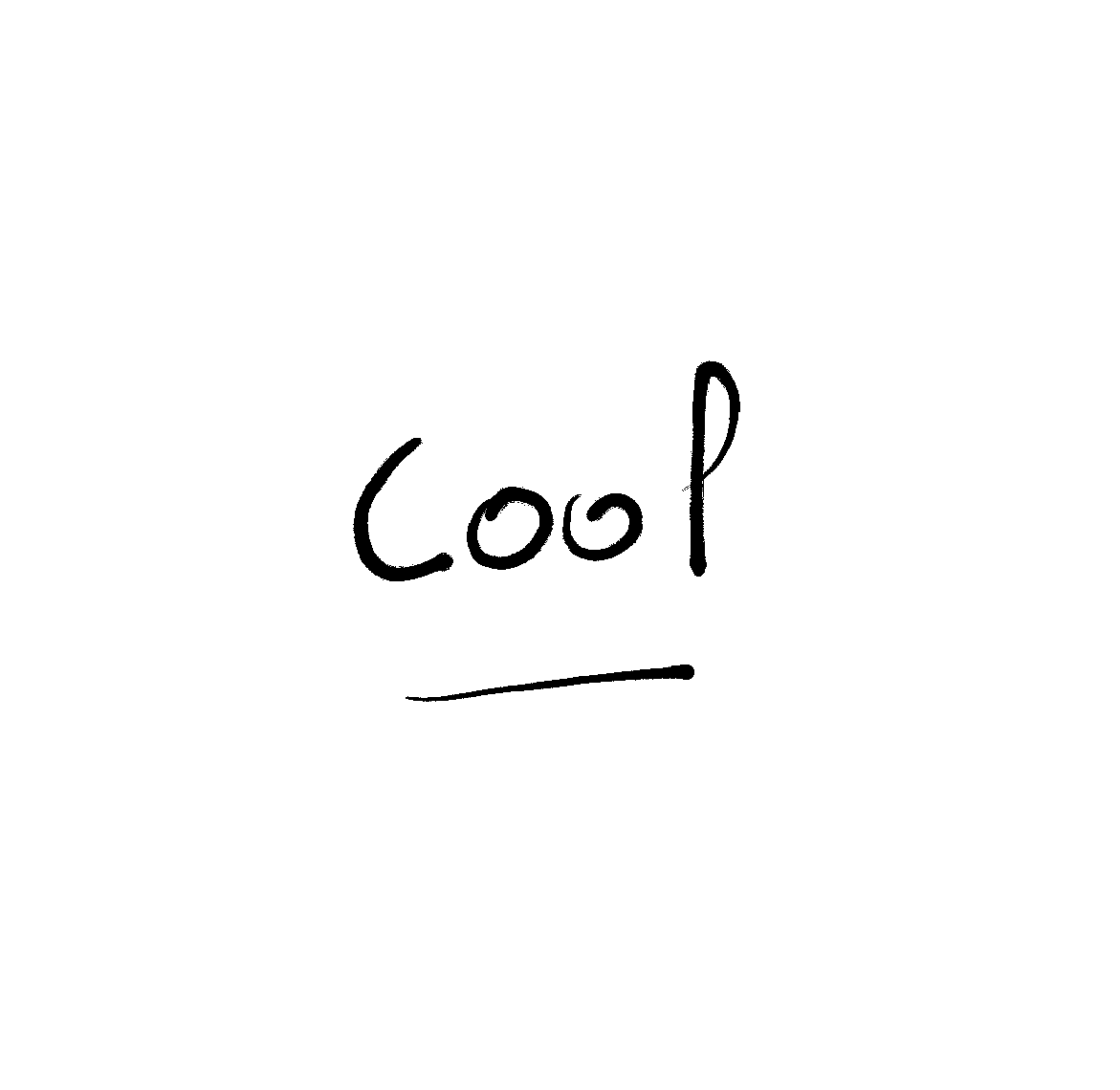 Behold my new cool avatar. If you're observant, you'll notice it looks like a head, with the double oo being the eyes. That is all I have to say.

It's somewhere between the past and the future.

If now had a beginning and an end, we would be right in the middle.

It's an instant, but also an eternity. Each new second that passes is a new now. Or is it?

Yet in my head I'm not often now. I'm revisiting my past at times. Often I'm projecting the future. It never really happened but it happened in my head already. Yet I forget to be now. It's actually difficult to be now. When you are now you don't really realize it, because you moment you do you're not now anymore. Time goes by so fast when it's now. Surely it's because now is timeless.

When I check my google calendar for tomorrow, it's hard to stay in the now. It's interesting to notice how much an impact your past and future has on the current instant. It's almost like it dictates how we feel, even though it technically doesn't exist. The only thing that exist is right now.

I am officially part of the fediverse! Ok, so how does this thing work? Right, so my handle is @miso@writing.exchange on mastodon. That fediverse place looks kinda hipster to be honest. Here is what it says on https://fediverse.party/:

Leave the familiar Web behind, and dive into the unique part of the Internet.

This is the world of independence and diversity. A universe that you shape, refine and expand.

I'm unsure exactly why I'm doing this? I'm not looking for followers or like. I think? It seems fun though. So talk to you there!

I have anxiety attacks and I'm unsure why. Sometimes when I'm talking to someone there's a thought that just pops in my head that basically says “I hope I don't have an anxiety attack”... and well, it doesn't help. It's almost as if I'm doing this to myself. I have no idea why. It's very disturbing. It's a sort of vicious circle too, because the more I do that, the more I remember to do it the next time. All the time when I really don't want to have an anxiety attack, this question pops in my head.

My heartbeat increases, my voice changes slightly (I think?) and I start to move a lot. I think people don't really notice though – I can be good at hiding things like that. Maybe it would help me if I acknowledge? Potentially...

The way I can stop it is by focusing on something else. I just focus on what the other person is saying and carefully listen. I think as soon as my rational brain takes over it's much better. As soon as I forget to think about anxiety everything is better.

It's a strange pattern. I really need to break out of it and not automatically think about anxiety as soon as I don't want it. I'm hoping mindfulness can help me with that. But that's probably only going to happen if I can consistently practice it. Alright, time for meditation now.

Can you imagine how insane it must have been to be working as an engineer in the 60s? With computer booming and the DARPANET slowly starting to become internet, I'm sure there was electricity in the air. Like... people must have started to realize that a revolution was about to arrive.

I just discovered 365 RFCs and I absolutely love that project. Going through old RFCs is like reading a time capsule. You can almost feel the excitement of the person that's writing it. It's also an interesting format. Somewhere between a specification and a pitch document. It's name is weird too. It literally asks for comment. It's humble yet very powerful. Humble and pretty revolutionary at the same time actually. But more than that, it's inspiring. I can sense the passion when I read them. And that's the thing. Passion is contagious.

Working as an engineer in tech today is I'm sure very different than what it used to be. A lot of things have already been figured out. Want to start a server at the other end of the world and sell goods online? Sure, click that button. Heck, want to send an email to someone? Easy. Email didn't even exist back then. They had to work on the foundations, and we now build on top of it.

Week is starting. Am in the beginning of a break-up. I say beginning because I know it will be long and painful since neither of us really want to break-up, but we just need to, if we want to move forward in both our lives. This week is also going to be extremely busy because it's the last week of the quarter, and when you work in a revenue organization, that's where things happen. I'm kind of glad the weekend is over so I can pause this introspection and think of something else. When you are so busy doing something you slowly forget other things.

I've always been good at compartmentalizing and “keeping a good face” even when I'm not feeling that well. This time I won't. I'll try to be honest for once on my feelings even to my peers. We're humans, right? (Yeah, I'm trying to convince myself) — so why should I hide my emotions? Sure, I won't tell all the details of what I'm going through to the first person asking “what's up”, but instead of saying “I'm good, you”, I'll probably go for “doing ok”. Which is a big step.

I'm starting to think some heavy drinking might be in order.

Cheers! It's still the week-end, isn't it? All good. Last week I was in London and man, I think I drank every night. I'm not a big drinker at all. Actually, I'm usually feeling dizzy after two pints and drunk after three. But the people there, they drink well! Pubs are such a big part of the culture, every go there after work. Good times.

On a completely unrelated note, there's the new apple watch coming out soon. I sort of want to get it, but I have no idea what I'm going to use it for. I don't run so much. I don't want to track my calories (but maybe I should?). I already have my phone to call and send/receive texts. I also have a pretty nice old-school looking watch that I quite like. But you know this feeling where you still want something, a little bit like if it's a toy? A pretty expensive toy, by the way... well, I have that feeling. Am I going to give in? Time will tell.

It's a little scary actually to be connected non-stop. It tracks your heartbeat, the level of sound around you, etc. It records it continuously. To be honest it gives me anxiety to only know that I'd be tracked so much. What if your health graphs aren't showing good values?

Yet it looks pretty nice and has a bunch of cool apps on it. But have you ever talked with someone who has an apple watch? They barely listen to you. Every time their wrist vibrates they look at it. Everyyyy time. As if we didn't have enough notifications around us already. This one adds a whole new layer.